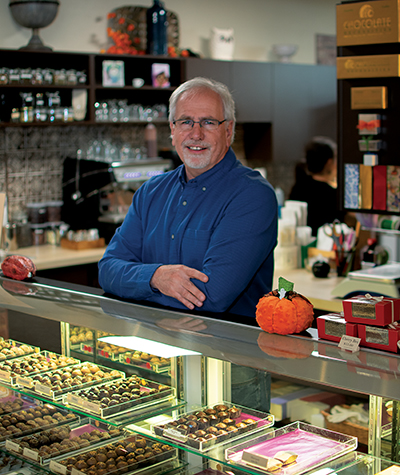 Kevin Buck in Bellingham and Tim Lukens in Custer represent the mature stages of owning a business, lasting 32-plus and nearly 20 years, respectively, and still counting. They’ve succeeded with similar approaches to products, services, and customers—but with vastly different models.

From their experiences, they offered some solid contributions to our Survival Guide for Small Business. In a nutshell, they demonstrated vision, perseverance, and adaptability to changing markets—both men developing from humble beginnings.

Buck has retailed and wholesaled with Chocolate Necessities in the same location, in a business park off the Guide Meridian intersection at Horton Road, since 1986. He opened a downtown shop in 2005, adding Italian ice cream and beverages to the core chocolate products. “I’ve always had just one objective,” he said, stating that the company has grown steadily year-over-year on a simple, small-scale model, driven by using the highest-quality ingredients available anywhere in the world.

Kevin started his company on savings from several years of work in the maintenance department of Ferndale School District, renting the space and making chocolate truffles on a small scale until he built a strong enough customer base to open to the public.

Lukens grew up on a dairy farm and, after many entrepreneurial ventures and jobs at Alcoa Intalco Works, he and his family bought Grace Harbor Farms on Lynden Birch Bay Road in 1999. Their business has been chameleonic—changing products and markets and even entirely converting their operating model in 2017 from dairy production to processing, distribution, and retail (both in a farm store and online).

“We started with two goats,” Tim said, with the purpose of producing milk and other dairy products at home, when the Y2K technology collapse became a dominant theme entering the millennium. Tim’s wife soon learned to make soap and skin and healthcare products from goat’s milk, and that took them in another direction entirely.

Since then, Grace Harbor Farms has evolved many times over. It subsists on the wide-scale distribution of dairy products, working with producers at three other farms, and a long line of natural-ingredient soaps, creams, and lotions that dominate the home page of their website.

Each of these business owners has long and fascinating stories to tell, which could fill volumes, but here they share what they feel were their keys to surviving in business for the long term:

“You must have a clear vision. From day-one, ours has been to offer high-quality products at an affordable price. You must never compromise your service or product, no matter the cost—and it was costly at times, no question—because we’re in it for more than the money. I also knew what I wanted to become and remain—a small-scale business with big results, not a big, bold corporation.”

“Then you identify what I call the enemies of your vision. To make more money, do we want to make fudge? No. Conventional thinking is ‘listen to the customer’. That would have killed us, because I’d have turned into a candy shop. We ran counter to what would have been the Survival Guide back in 1986.” 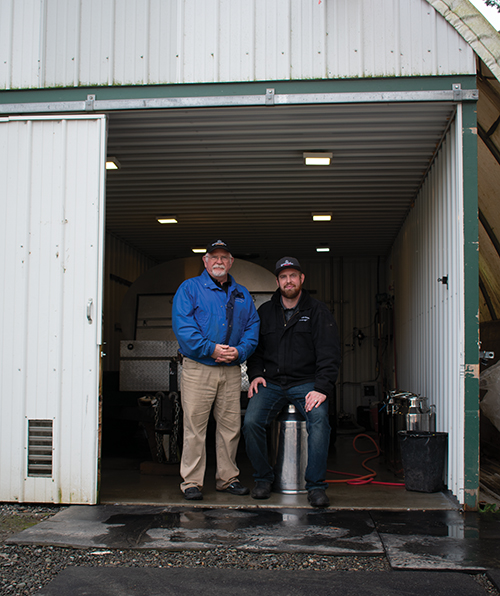 “You have to be willing to go through the learning curve and stay with it. It can take a long, long time. I didn’t take a dime for about 10 years, we crashed hard a time or two, and we refinanced our mortgage to keep going. But I’ve been self-employed, basically, since I was 18 and I get excited about what the marketplace does and consumerism. Now we have good brand recognition of Grace Harbor International (natural products), good margins, and great relationships (with partnering farms).”

“By the Good Lord’s providence, we’ve held on by our fingernails through difficult times and changes. We’re excited now after redefining ourselves as a boutique operation and working directly with other producing dairies to process and distribute. (Grace Harbor wholesales product to more than two dozen outlets throughout the Seattle, Puget Sound, and Whatcom County regions.) If you compared us to the local breweries, we’d be called a micro-dairy processor. And I’m pretty much a CFO these days.”

Four local experts look ahead to 2023