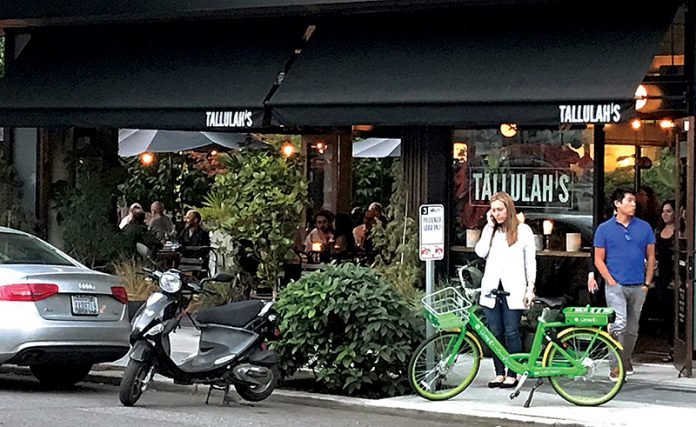 Tallulah’s features a globally inspired, vegetable-driven menu that has has been widely acclaimed for serving healthy food in a creative setting, which includes a highly popular outdoor patio.

Haggen noted that Tallulah’s is “only five years old and has a very hip vibe with a great staff,” adding that “we have some unique menu items, like a lemon ricotta pancake, a great weekend brunch, and a large dinner following.”

Brad is President/CEO of Naples Best Restaurants Inc., the company he launched after selling his interest in Haggen in 2012, the grocery chain founded by his family. He has more than 30 years of experience in all aspects of the food-service industry. Tallulah’s is at 550 19th Ave. E. in Seattle. 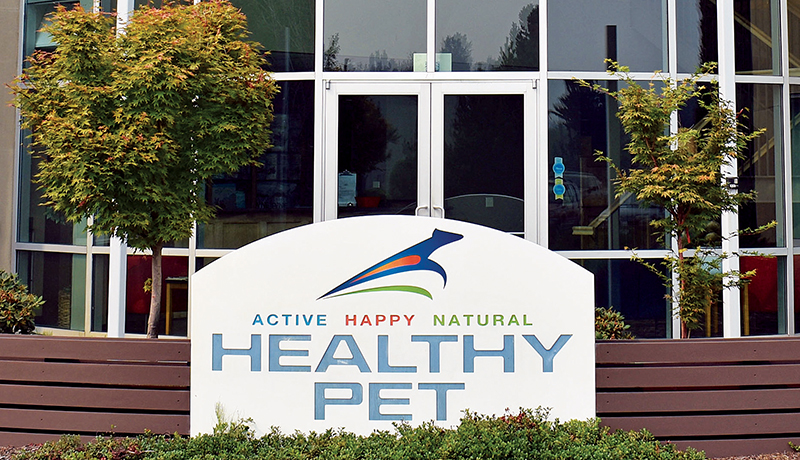 Healthy Pet, Whatcom Community College (WCC) and Impact Washington are collaborating on a program that enables a leading pet-products company to provide its employees free training courses at WCC.

Funding will come through a State Board of Community and Technical Colleges Job Skills Program Grant, which funds customized, short-term, and job-specific training for eligible businesses, using dollar-for-dollar matching grants.

The Job Skills program supports three kinds of projects for a company’s current workforce: new-employee training, retraining, or upgrade training. The Healthy Pet subjects range from a course on the fundamentals of leadership to a series of courses on Lean Program Management implementation.

Customer Experience Supervisor Sandy Bring took classes to learn more about Excel, Outlook, and leadership. She said, “The courses invigorated and energized me to begin thinking about what kind of working environment to create for my team. Ultimately, I want to have a culture that leads to team effort on developing new ideas and strategies that help Healthy Pet maintain ‘Best in Class’ status in our industry, with an emphasis on continuous improvement.”

With more than 120 employees in both Ferndale and Jesup, Georgia, Healthy Pet sees its employees as its greatest resource and is taking intentional steps “to build a team that is composed of passionate, innovative, and committed people,” Bring said.

Whatcom Land Title donated more than $6,000 to local nonprofit organizations in the first half of 2018, continuing its tradition of giving back to the community.

Whatcom Land Title Owner and CEO Colleen Baldwin said, “We love to support so many deserving organizations that serve people in need and make our communities better.” Her company, which offers title services, including escrow closings, is listed among the top 100 privately owned and operated businesses in Whatcom County. She launched in 1982 and now has branches in Bellingham, Blaine, and Lynden. 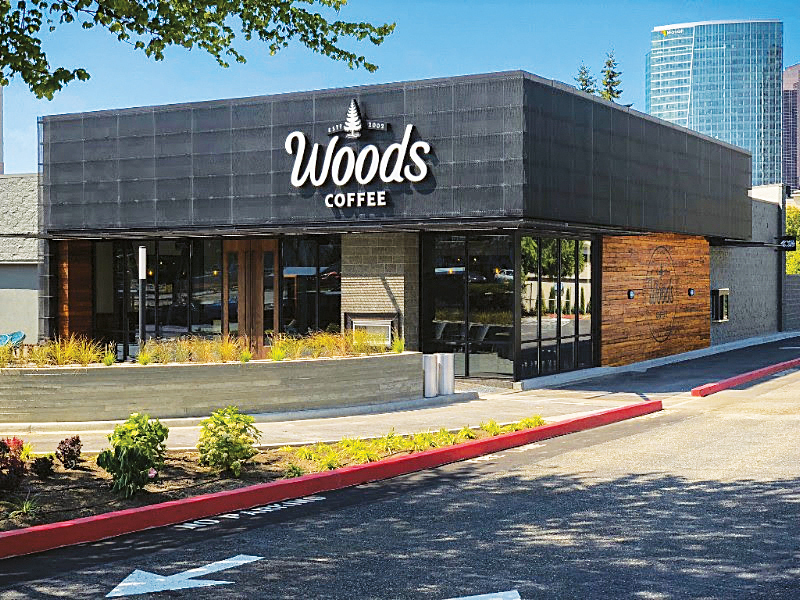 Woods Coffee held the grand opening of its newest shop on Saturday, Aug. 11 in Bellevue. The new Woods Coffee Hotel 116 in the heart of downtown is the first coffeehouse in Bellevue with a drive-thru window. The spacious interior features exposed wooden beams, a semi-private meeting space, and a cozy double-sided fireplace on the inside and an oversized patio with ample warm-weather seating outside. Woods has 19 coffeehouse locations, including 15 in Whatcom County.

And the Awards Go To…

“We’re incredibly humbled to be ranked at the top for six years in a row,” said Lynden Transport President Paul Grimaldi. “The credit goes to our dedicated drivers, customer-service representatives, and support staff. We intend to keep the momentum going by continuing to provide the Lynden brand of service to our customers.”

Lynden International President John Kaloper said, “The air-freight industry is challenging and competitive and we strive to provide the best one-time performance service and value. Our employees are the key ingredient in our excellent customer service and many years of Quest for Quality Awards.”

For more than three decades, Logistics Management’s Quest for Quality Awards have been recorded as the most important measure of customer satisfaction and performance excellence in the transportation and logistics industry. The results are the culmination of a six-month research project conducted by Peerless Research Group. Thousands of ballots were cast and counted to determine the leaders across a number of critical criteria, including on-time performance, equipment and operations, value, information technology, and customer service.

PEOPLE ON THE MOVE

The Bellingham Technical College (BTC) Foundation recently elected Michael (Mike) Burke to a three-year term on the Foundation Board, from 2018 to 2021.

Mike is a Senior Vice President for US Bank who has managed a territory as broad as nine states with approximately 450 employees and 60 bank branches. He currently leads a group of 16 community bank branches in the five northwestern counties of Washington. Mike leads the sales and compliance operations for his group, as well as mentoring new territory leaders for the company. He also had the opportunity to expand US Bank’s presence in multiple markets with numerous branch openings.

In addition to the board of BTC’s Foundation, Mike has served on the boards of the Salvation Army, Skagit County Asset Building Coalition and Junior Achievement.

The mission of the BTC Foundation is to change lives by expanding access to quality education for the students of BTC. For more information, go to www.btcfound.org.

Matt Lesinski has returned to Bellingham as Marketing Manager at the Four Points by Sheraton Bellingham Hotel & Conference Center and the adjoining B-Town Kitchen & Raw Bar.

A Western Washington University graduate, he has nine years of marketing and sales experience, including positions at the Mount Baker and The Upfront Theatres. Matt said, “We have an amazing team, a full spectrum of services and I’m thrilled to amplify the efforts for Four Points locally and throughout the Pacific Northwest.”

General Manager John Burns said Lesinski’s “skills and experience will bring people to Bellingham, benefiting the entire community. We’re excited that he has accepted the position as Marketing Manager.”

Signs Plus has recently added a new member to their team, hiring Jeremy Loween as their newest Project Manager. Jeremy was born and raised in Kalispell, Montana and moved to Tacoma in 2008 to attend Pacific Lutheran University. After graduating in 2012, Jeremy moved to Bellingham and worked primarily in banking. He was previously a Loan Officer at Bank of the Pacific here in Bellingham. Jeremy was hired because of his innate ability to build meaningful relationships, which will translate very nicely to the sign industry.

Lisa brings more than 22 years of experience in the financial-services industry and is passionate about helping customers realize the benefits of home ownership. She believes that “owning a home is an important step toward financial stability and feeling connected with the community.”

A 31-year resident of Whatcom County, McGriff appreciates all the region has to offer and comes from a racing family that enjoys NASCAR sprint-car races, drag racing, and riding motorcycles.

Pam Moser has been hired as the Head of West Coast Operations/Ferndale Plant Manager for Healthy Pet, a leader in the pet-product category.

As plant manager, Moser will be responsible for all production, manufacturing, and maintenance activities. She has a Bachelor’s Degree in Manufacturing Engineering Technology from the University of Nebraska and a Master’s Degree in Business Administration.

Pam began her career as a quality-control technician at a large manufacturing facility while attaining her bachelor’s degree. She now has 30 years of experience in manufacturing management, with a major share of those years as a Plant Manager for Eaton Corporation, a $20 billion manufacturer of electrical and industrial power systems.

Her career began at Eaton and she moved through the ranks to manage a $100 million manufacturing facility with more than 400 operating personnel. She is well-versed in Lean, Six Sigma and Continuous Improvement management concepts and the application of those concepts in attaining operational excellence.

Healthy Pet is a member of the Pet Sustainability Coalition, supporting natural pet products that help to create a more eco-friendly environment and a mutually beneficial relationship between pets and their families. Healthy Pet has leading products in small-animal bedding and cat litter.

Scott Richardson is celebrating his 40th year in the insurance business, representing the Allstate Insurance Company.

Richardson began his career in the basement of the Bellingham Sears store in 1978 and progressed from Senior Account Agent, to office agent and finally to Exclusive Agent/Owner and President of State Street Insurance, with offices at 1901 State St. in Bellingham.

Scott has been heavily involved in the Bellingham community, including serving as past Board member of Lydia Place and past Chairman of the Board of the Bellingham Chamber of Commerce. His State Street Insurance firm was named the Small Business of the Year in 2014 by the Chamber.

He also has been involved with his professional association, the National Association of Insurance and Financial Advisors, including serving as the local President and Regional VP for the Washington State Association. And he spent many years as a speaker for the Washington Insurance Council, giving talks to high school students, driver-education classes and Junior Achievement.

Agriculture Will Continue to Lead