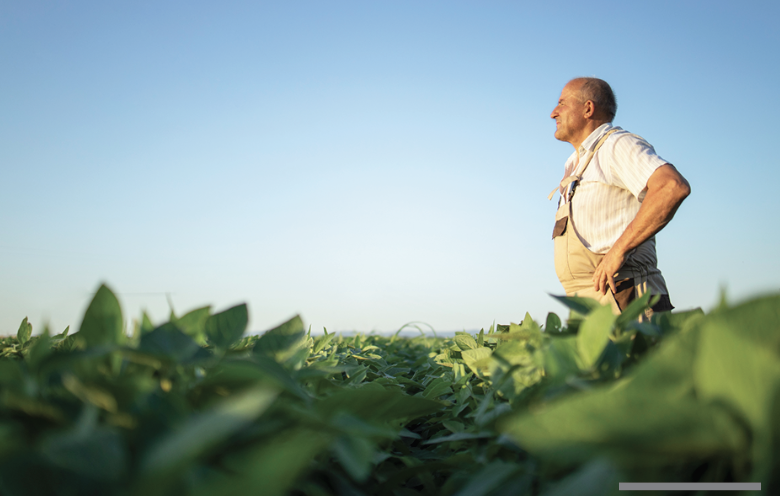 Tomorrow, farming as we know it may be gone, captured in a few museum exhibits

Farming in Whatcom County today remains a strong and much valued part of our community. Ancestors of today’s tribal members grew and harvested camas bulbs and other staples. American and European immigrants settled here, cleared farmland and imported their productive farming legacy.

Tomorrow, farming as we know it may be gone, captured in a few museum exhibits.
It’s not because of poor land, a lack of water, or an inability of farmers to adapt to changing market conditions. It’s not even because of climate change. The single most important reasons for the decline and possible end of most farming are the policies of our state government and court decisions that reflect today’s progressive politics. Two issues have been playing out in this legislative session that illustrate the threat that politics play in the future of our farms. One is how farmworkers should be paid, and the other is who will control and have access to water.

In November 2020, the Washington Supreme Court ruled that the 1959 state law exempting dairy farm workers from being paid overtime was unconstitutional. Many other workers continue to be exempt. Dairy farmers immediately complied with the ruling, but farmworkers were devastated. Farmworkers in our state are already paid more than in any other state. Estimates of average pay range from $16 to $19 per hour. Most workers ask to work more than 40 hours, and often that is necessary given the seasonal and changing nature of farm work. After the ruling, however, many workers were told they could no longer work more than 40 hours per week. To maintain their pay, they had to take second jobs. To hear what farmworkers themselves have to say about this, visit http://www.protectfarmworkersnow.org/.

The day the court ruling came out, the lawsuits from class action lawyers started. Now there are nearly 40 suits from lawyers as far away as Los Angeles. They claim farm employees are owed three years of retroactive pay. Never mind that the cost of this would put almost all farms out of business. Never mind that farmers were paying according to the 61-year-old law.

The state legislature jumped in, first to try to protect farms. But that goal was hijacked by Sen. Rebecca Saldaña, a senate leader from downtown Seattle. Her amendment demanded that all farms, not just dairies, pay all their workers three years back pay plus 12% interest. This would destroy most of the 100,000 farm jobs across the state, including the 8,000 farm jobs in Whatcom County.

Labor unions clambered for the back pay despite the devastation it would cause to the workers they say they are helping. Farm advocates, including Whatcom Family Farmers and its affiliates across the state through Save Family Farming, rallied to let voters and legislators know that farmworkers would be harmed. As of the time of this writing, the retroactive pay requirements likely will be removed, but mandatory overtime pay for all farmworkers will be required.

The harm to farmworkers will be great, and the only way farmers can survive this kind of continuing effort to raise the already high cost of labor is to mechanize even more. Robotic milkers are being installed, and robotic apple pickers are on the way. Farmworker jobs will be lost, and the move to ever larger farms will be even faster.

Water is an even more pressing issue in Whatcom County. Ecology will most likely be given the funding to start the lengthy and expensive process of suing all water rights holders in the Nooksack River basin. This will almost certainly give our two local tribes full control over the water. They have already said that when this happens, other water uses will have to be curtailed to protect fish.

Water will be curtailed, all right, but not to protect fish. We have more than enough water for fish and farms, as farmers have carefully documented at https://www.fishneedfarms.org/.

But state law, combined with a lack of winter water storage in the Nooksack River, means that when the river naturally dips below a level set by the state, all except senior water rights holders will have to stop using water. With no reliable access to water, no bank will support a farmer, and no farmer will invest for the next generation. It could indeed spell the end of the farming community that we are blessed with today. Cities and other water users also could be left high and dry but may be able to pay their way out of the legal mess.

It’s one thing to take action that will devastate farms and a community; it is another to sell the idea based on deception. That is exactly what the Department of Ecology is doing to get lawmakers to fund their demand. The lawsuits will most likely take longer than the 42 years an adjudication took in Yakima because of much greater complexities. Ecology says it will take 10 to 20 years, despite their own staff saying Yakima’s would have been 80 if it had included groundwater, as the Nooksack litigation will.

The results of a public records request by Whatcom Family Farmers show that internal staff were aware of the cutting off of water to farmers, the problems cities would face, the difficulties of such a complex water resource area, and the problems of including groundwater. But instead of recognizing this, Ecology is selling a fantasy of nothing but gain for farmers and everyone else, plus low cost and little time.

Farmers and farm leaders continually ask why our state’s leaders have turned against them as they ponder these strange happenings. Major media outlets are fixated on political perspectives that don’t support farmers. Anti-farm activists, though few, have an outsized impact on the administration, agencies and lawmakers. For example, Gov. Inslee turned to a leader of a discredited California union to write the rules for farmworker safety during the pandemic.

Whatcom Family Farmers and Save Family Farming were formed more than six years ago to bring public attention to the grave threats facing the future of our farms. There is but one hope: Citizens and voters who care about our farms and local food must band together and communicate with our lawmakers and elected officials as never before. Local representatives voting against farms, such as in the adjudication issue, must answer to the voters. Without voter help, the future of farms in our community is fixed. With it, there is still hope.

Gerald Baron is the founder and Executive Director of Save Family Farming, a state-wide farm advocacy group which supports affiliate organizations in Whatcom and Skagit Counties and Eastern Washington. He published Business Pulse in the late 1980s, owned Baron&Company, a Bellingham marketing and public relations firm, and founded PIER Systems, a communication software company serving government agencies and Fortune 100 companies.