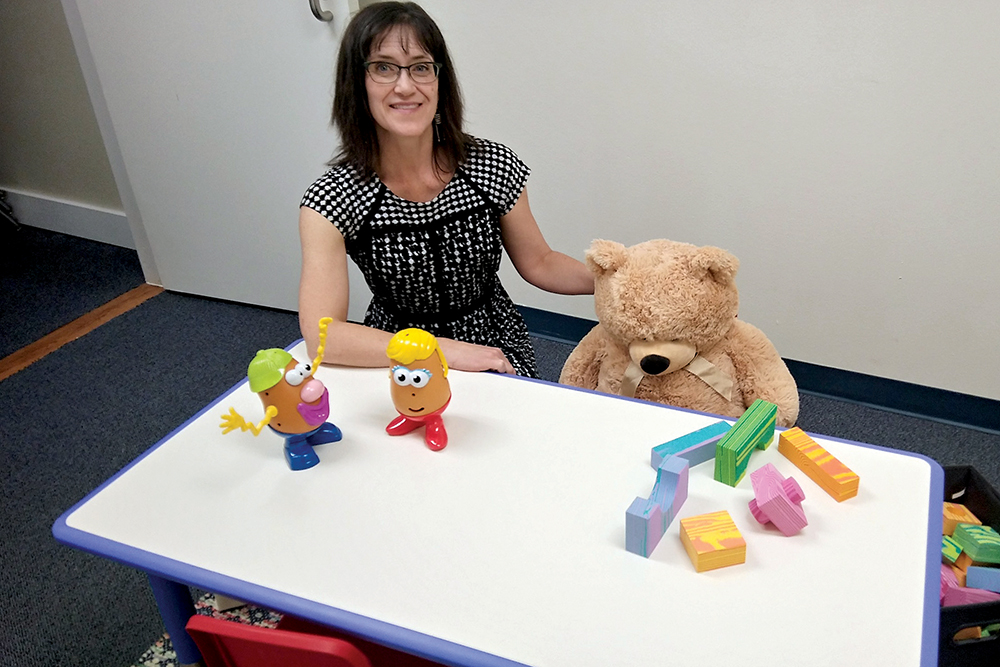 Megan Brown Douglas, The Program Director for the Parenting Academy

“We want to get rid of the ‘you have to pull yourself up by your bootstraps’ stigma,” said Megan Brown Douglas, Program Director for The Parenting Academy. “This has to do with our children’s health, well-being, and development.”

The Parenting Academy was launched in April as a program of the Brigid Collins Family Support Center, according to Barbara Lupo, its Donor Development Officer and Co-owner of the former Garys’ Men’s and Women’s Wear in downtown Bellingham.

Brigid Collins was already offering parenting classes, however, these were limited to people who met specific funding-source guidelines, according to Douglas. “We wanted to make this service available to all families in Whatcom County and parents of children of all ages,” Lupo said.

Lupo and Douglas spoke with other community-service providers and discovered a huge gap existed here in Whatcom County. Families who didn’t qualify also needed access to these resources.

These family units—which include grandparents and others involved in raising children—want to ensure they’re charting the best course for those children. Examples of issues are: Parents involved in a divorce and struggling to set up a parenting plan; children identified by their schools as troubled; and pediatrician referrals of parents attempting to address issues such as the toddlers’ “No!” stage. Or maybe nothing’s off-track, but mom/dad/grandma need validation that they’re meeting the needs of “Skylar” or “Abby.”

“These days, you can Google any questions, such as, when should my child sleep in his or her own bed,” Douglas said. The Internet is crammed with articles that vary dramatically, from opinion pieces written by parents to experts’ opinions—often leaving adults feeling confused and anxious.“We give sound parenting advice, based on studies and evidence-based research,” said Douglas.

Lunchtime seminars, offered at the center, cover topics such as learning how to decipher a baby’s cues, staying positive with teenagers, and how play, when led by youngsters, promotes development.

Parent-Child Interaction Therapy, for example, is a treatment where the academy’s accredited parenting coaches mentor through a one-way mirror as parents play with their children, Douglas said. Coaches use a microphone to communicate with the parent (who wears earphone) as the play occurs.

The end goal is to teach moms, dads, and grandparents the skills needed to manage issues ranging from anxiety to attention-deficit disorder to improved family relationships.

The Parenting Academy is totally funded by private donations, rather than grants. One donation came from a couple “who 11 years ago used interaction therapy for their three-year-old, who was ‘taking over their life,’” Lupo said. Another couple contributed money specifically earmarked for equipment.  And a Whatcom County couple gifted the program with a large donation.

Brigid Collins clients shared their experiences in a video that will be available to businesses, organizations, schools, and care providers. “And we’re working on a scholarship so that we can increase accessibility for all families,” Lupo said.

If a company or organization is interested in supporting the program, Lupo said, their employees could anonymously use the academy’s service for a year. She then follows up with the donor companies and rates how effective The Parenting Academy was for the company’s staff participants.