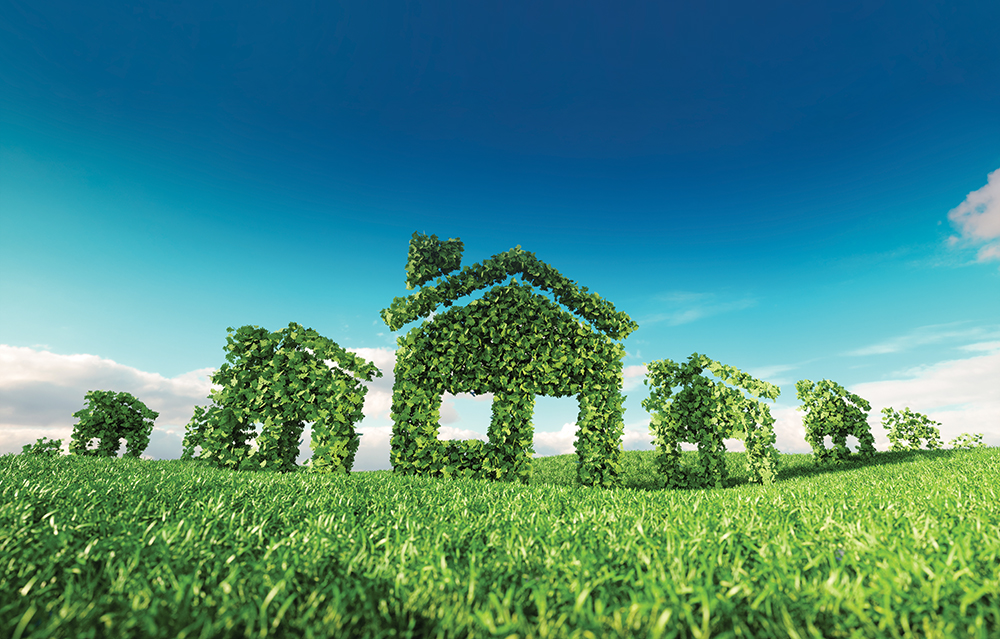 The concept of climate change has gained growing acceptance in recent years. However, the plans and timing for addressing climate change still are issues generating considerable debate, particularly in Bellingham.

The Bellingham Climate Action Task Force, a body created in 2018 by the Bellingham City Council, has unveiled a series of highly controversial draft proposals from its Building Work Group. They include:

The Task Force was formed to develop recommendations to achieve accelerated 100% renewable-energy targets, taking into account financial, technological, and societal challenges resulting from such a transition. It’s uncertain if the Building Work Group’s draft proposals will be included in the Task Force’s final report to the Bellingham City Council, due by the end of this year.

“The proposed measures currently are being discussed and considered by the whole Task Force, and it may accept, reject, or alter any or all of these recommendations,” said Task Force member Erin McDade. “The Task Force then will decide what is included in its report to the City Council, so it’s not productive to speculate about the Council’s reaction, prior to the report’s delivery.”

The City Council has identified the following as greenhouse-gas-reduction objectives:

The draft proposals sent shockwaves through Bellingham’s building, utility, and real-estate sectors because of the cost to convert heating systems from natural gas—used in many homes and buildings—to electricity, and the higher operating cost of using electricity, rather than natural gas.

“This is going to be an expensive proposition for anyone buying a home in Bellingham,” said Perry Eskridge, Executive Officer for the Whatcom County Association of Realtors (WCAR).

Eskridge said converting a home from natural gas to electric heating will require upgrading the home’s electrical panel, running 220-watt electrical wire to the furnace and water-heater locations, and, in many cases, the street service will need to be upgraded to handle the additional load. He estimated the conversion cost to be $10,000 to $15,000 per household.

Eskridge added that the purchase and installation of solar panels on a home would cost another $10,000 to $15,000, and more for homes having roof shingles older than 10 years or having older roofs unable to bear the weight of solar panels.

“Renters also will see these costs quickly reflected in increased rents, as landlords will be required to perform the conversions/installations on the three-year Bellingham Rental Licensing schedule,” Eskridge added. “I don’t know many landlords who can absorb these costs upfront. They’ll need to finance the changes, which certainly will mean increased rents.

“On the owner-occupied side of the coin, we know that the Task Force has focused on buyers, with the mistaken belief that buyers can just roll these costs into a mortgage. Its lack of understanding of how buyers obtain mortgages and the immense reduction in purchasing power that these changes will bring—not to mention the impact on housing prices in general—was quite stunning.”

The Building Industry Association of Whatcom County (BIAWC) is concerned about the methods used by the Task Force, according to Jacquelyn Styrna, its Government Affairs Director.

“BIAWC has concerns about the lack of transparency, inclusion, data collection, and reliable data analysis in the development of the Task Force recommendations,” Styrna said. “We’re concerned that business and industry perspectives are not represented. Additionally, industry experts have not been consulted or recognized as stakeholders with first-hand knowledge and expertise. As a result, the perspective of the Task Force is skewed.”

Alyn Spector of Cascade Natural Gas said the utility company hadn’t been contacted by the Task Force until Aug. 5. “From my perspective, the problem isn’t that a plan is being put together,” Spector said. “It’s that only a small sector of the Bellingham community is being represented in this effort.

“And more concerning, the Task Force is choosing to develop recommendations without using actual energy-consumption data from the gas or electric utility. They’re putting together a plan to eliminate the use of natural gas in (Bellingham), but they aren’t asking how many therms are being used today, or how much electricity would be needed to replace that usage. I’m not confident that costs are being fully taken into account either,” Spector said.

“According to a 2016 ALICE report from United Way, 48% of City of Bellingham residents are in the poverty or asset-limited, income category, even though employed,” Styrna said. “Citizens cannot afford the high cost of conversion to full electric, as proposed.”

“We’re in a housing-affordability crisis against which environmental pursuits must be balanced,” Eskridge said. “To have a discussion about housing affordability and the homeless issues we face in Bellingham, at the same time we’re contemplating raising the cost of housing considerably, verges on folly.

“Instead, we should be focused on those effective, near-term efforts that provide gains in energy efficiency and allow property owners to move forward with conversion efforts as time, technology, and cost make such conversions cheaper and more productive.”