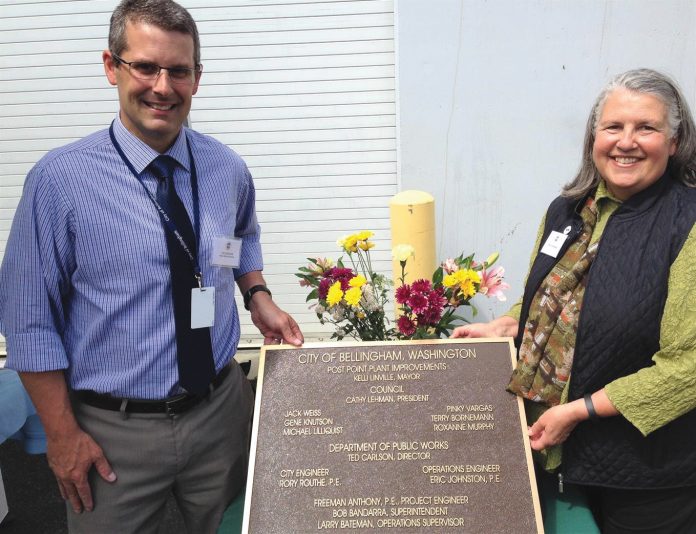 Carlson became Public Works Director after first serving as Assistant Director for PW Operations. He was named to the top post following a national search, when the former Director resigned.

He has worked for municipalities in Washington, and specifically public works, in various capacities for 30 years, beginning as a maintenance worker before advancing to become Superintendent in Lake Forest Park. He then became Kenmore’s first public works employee when the city incorporated.

Carlson was hired in Bellingham as the Great Recession was beginning. In an August 2009 article in the Bellingham Business Journal, Carlson said his biggest challenge was to preserve and maintain the city’s transportation and utility infrastructure, amid declining revenues.

During his tenure, Bellingham PW has recovered from the impacts of the national economic downturn and broadened its role in delivering city services. PW, the city’s largest and most comprehensive department, now includes a Natural Resources Division, with responsibility for preserving, restoring, and protecting Bellingham’s environment.

Over the past decade, Carlson has overseen a major renovation at the city’s wastewater- treatment plant at Post Point, the addition of a dissolved air-flotation facility at the treatment plant, and development of the city’s bicycle and pedestrian master plans.

“I’m grateful for the opportunity I’ve had to serve Bellingham,” said Carlson. “I’ve truly enjoyed my time here and value the relationships built over the years.”

Mayor Linville said, “I’m very sorry to see Ted go, but I’m glad he’ll be staying in our community. Ted oversaw many essential public-works projects during his 12 years with the city, including redevelopment of our waterfront and several large sewer- and water-plant additions and renovations. He reorganized the Public Works Department to put further emphasis on the Natural Resources Division, with its focus on environmental stewardship and sustainability.”

Since joining the City of Bellingham in 2012, Johnston has been in charge of the PW Division that’s responsible for maintenance and operations of the city’s infrastructure.  He also served as Interim City Engineer in 2016, after Bellingham’s top engineer departed and while a search was underway. Before coming to Bellingham, Johnston was City Engineer for Oak Harbor.

“I’m pleased to announce this appointment,” Mayor Linville said. “I’ve had the pleasure of working with Eric for the past seven years, and I’ve found him to be professional, effective, and focused on the public interest as he performed his duties as Assistant Director of Public Works Operations.”

The city likely will conduct a national search for the next Director of Bellingham’s largest department.