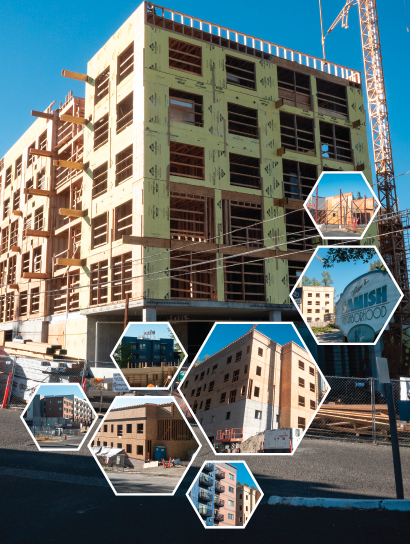 We are all in some way connected to the residential real estate market, and for the last couple of years, it has been hard not to pay attention to what has been happening. Home values have been increasing at an unprecedented rate, and listings barely hit the market before they are sold. Sellers have been enjoying big gains, with buyers taking advantage of historically low interest rates. Amid what felt like chaos, it was challenging to keep up with what was going on — and frustrating for many buyers who were forced to sit on the sidelines as they were priced out of the market or lost out on bidding wars.

Earlier this year, the Federal Reserve decided that inflation was higher than they liked and responded by increasing interest rates multiple times, with the potential for more on the horizon. This increase in rates has decreased homeowners’ buying power, tempering the frenzied housing market we had been seeing. With so much confusion and uncertainty tied to residential real estate, there is no better time to consult with experts to try and make heads or tails of the state of Whatcom County’s market and where it may be headed. To get some insight, I chatted with Wynden Holman of Windermere Real Estate, Troy Muljat of the Muljat Group, Carmen Denson of Umpqua Bank, and Megan Jensen of On Point Appraisal 360.

While all those I interviewed agreed that the market had changed, none of them was under the impression that the sky was falling or that the bottom would completely fall out of the housing market. With approximately two months’ worth of inventory on the market, it feels different from the past couple of years, but for those who have spent their careers observing, the market trending toward a larger supply of homes is not abnormal.
“With inventory being close to a seven-year high, we are still a far cry from the four to six months of inventory that we need to be a normal market,” Muljat said.

With inventory on the rise, Jensen added, the roiling market of the past few years has begun to stabilize.

“There’s a shortage of homes, but we’re also seeing more inventory now — back to kind of pre-pandemic levels,” she said. “I think it’s just been at this constant rolling boil for two years, and now we’re kind of going back to a simmer.”

What this bump in inventory has done is allowed for the buying process to act a little more normal than it had been.

“In early spring, sellers weren’t taking offers contingent on the buyers selling their home,” Holman said. “Now we see where sellers are actually open to that, where they’re, like, ‘OK, well, I didn’t sell it in the first five days; maybe if you really want to buy it and you want to put your house on the market, that’s OK.’ That is compounding inventory right now.”
This bit of pressure being taken off buyers also has resulted in an increase in home inspections, which traditionally is a part of the buying process.

While the sales process being elongated has led to some of the increase in inventory, Denson doesn’t see that as the only factor.

“I think there’s been a rush from sellers to put their homes on the market a little sooner than maybe they were possibly wanting to,” Denson said, “just to try and get to the market before it shifts a little bit more.”

The combination of an influx in listings and buyers’ current sentiment has created this trend toward normalcy. Buying power for those borrowing has dropped with the increase in interest rates.

The demand is still out there for people who want housing, but buyers’ level of aggressiveness has waned as they look for houses they want to live in instead of just houses they can live in.

“They’re still not finding the product that they want, the homes they are looking for, because there is still a lack of inventory,” Muljat said. “In Bellingham, we are not adding product; we’re not building new homes. Therefore, sales have actually been flat to declining since 2015. Ferndale and Lynden have been really growing, because they’ve added new construction — but not in our major city, Bellingham.”

This combination of factors has created an interesting scenario for Whatcom County’s residential market. While the frenzy seems to be over, there is still a lack of housing units county-wide. It has been external factors, such as interest rates, that have shifted the market — not that there are suddenly enough homes in the area. As a result, while buying power may have declined and there are some price reductions being seen, it is not expected that the bottom will fall out like during the last recession.

One factor is the demand for the area, and another is the ways in which homes have been purchased during the past few years. Lending practices have changed since the recession, protecting borrowers from buying homes they couldn’t actually afford.

“There were a lot of pulse loans out there, so basically, if you had a credit score and a heartbeat, you could get a loan for zero down and a stated income loan as well,” Denson said. “There was a program called the NINA, which is no income, no employment, no asset verification.”

Those loans were prevalent before the 2008 crisis, resulting in a lot of foreclosures. While there are some lending products that Denson is seeing being pushed that have her nervous — such as 12-month adjustable-rate mortgages — she hopes that educated buyers will avoid loans that can lead to pitfalls down the road.

The appraisal process has also changed to eliminate pressure from lenders to have homes appraise for high enough for loans to be approved. While lenders used to be able to choose their appraisers, they are now just on a rotation, so whoever is next in line does the appraisal.

“I don’t have any contact with the lender unless there’s a question, and then usually that’s through a third party,” Jensen said. “I either work with an appraisal management company, or there’s somebody in between. I never directly talk to the mortgage broker; it might be somebody from their appraisal department or in management or something.”
So, if we are not heading toward a housing crisis, where are we headed? No one with whom I spoke had a crystal ball, but their forecasts for the housing market in Whatcom County were all in line.

“I believe we will have a 5-7% increase in prices over the next two years,” Holman said.
That type of increase is very normal for long-term historical trends.
This trend toward normalcy will give those who have not been able to compete in the bidding wars an opportunity to find a home. Rates going up might mean larger down payments or the purchase of less of a home, but the demand is still there. There could be the random bidding war in core neighborhoods, and price reductions will be seen as sellers face the reality of our current market. However, no one I spoke with expects a cataclysmic shift in the market.

The core elements — people want to live in Whatcom County and not enough homes are being built — have not changed, which means the demand for housing is not going away. The process is simply changing again, and for those who have been in a profession tied to real estate through multiple markets, this is nothing new. It is a trend toward a familiar world in which homes take time to sell, interest is a substantial portion of a monthly housing payment, and sellers may be negotiating with one buyer instead of hosting an auction for the highest bidder. ■