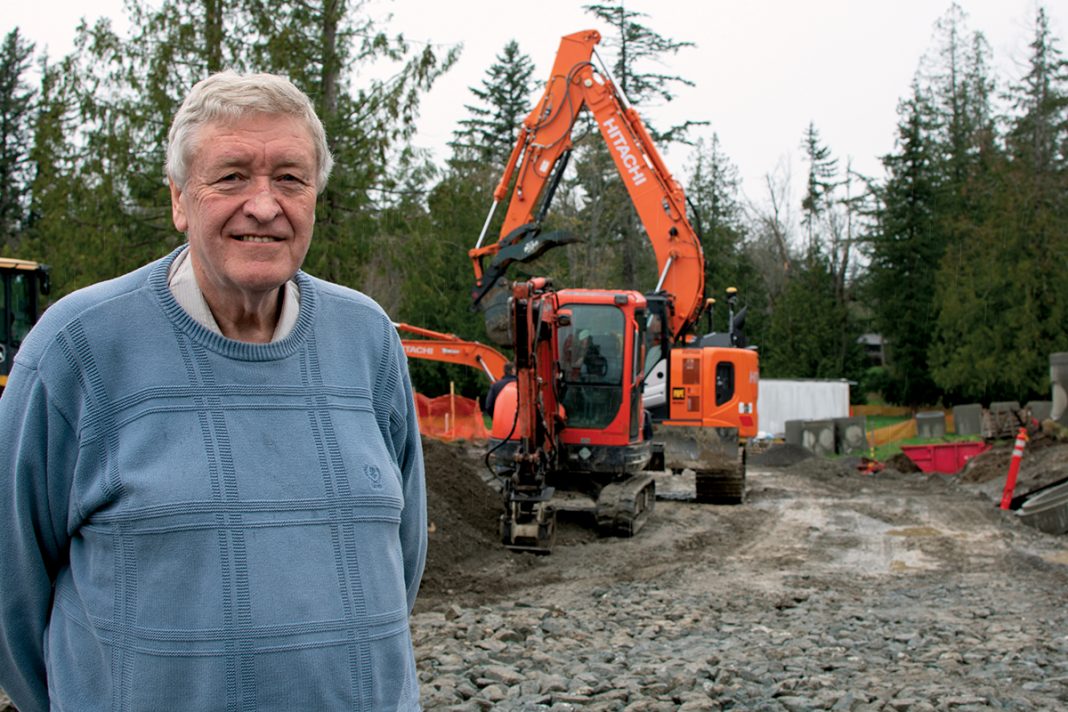 “I believe that understanding the consequences of each permitting decision is a major part of the solution. With each decision made by the planners, there are financial consequences.”

Time is money—a phrase businesses often tell their employees to convey the urgency of getting a task completed. But it’s also a message they’d like the City of Bellingham’s Planning and Community Development Department (PCDD) to take to heart when they seek approval of a major development or building permit.

Business Pulse has heard a number of complaints and tales of woe from people seeking permits in Bellingham. They say delays, appeals, and additional requirements extend the time to complete a project and also make it impossible to schedule subcontractors, who are reluctant to commit their time very far in advance because of the unpredictability of when a key permit will be issued.

However, this problem has become an elephant in the room, rather than one that’s openly discussed and debated. When approached by Business Pulse to publicly voice their permitting problems, most developers and contractors declined, expressing fear that city staff would make the process even harder for them the next time.

On the other hand, Bellingham city staff deny that applicants would have a tougher time gaining permits if they voiced their complaints, trade organizations such as the Whatcom Business Alliance, the Building Industry Association of Whatcom County, and the Whatcom Family Farmers advocate for their members and the construction industry. Each say there are specific examples—not easily dismissed as anonymous complaints—that provide compelling reasons for governments and agencies to change their practices.

“I am troubled to hear that community members assert that the Planning and Community Development Department is vindictive or preferential in its operation,” said Kurt Nabbefeld, Development Services Manager for the department. “Nothing can be further from the truth.

“As professionals, we are bound by a code of ethics that directs us to work only in the public interest – which is based entirely in a transparent process and consistency with adopted regulations. Guided by facts, we reach conclusions that are consistent with our codes. Should any individual believe that they are being unfairly treated, my door is always open.”

If any project could expect a friendly reception from Bellingham planners, you’d think it would be one creating affordable housing. Habitat for Humanity in Whatcom County and Kulshan Land Trust are partnering to create Telegraph Townhomes at 1050 Telegraph Road in north Bellingham.

Designed to serve the more than 40% of Whatcom County residents (82,000 people) who struggle to afford stable shelter, the 54-unit Telegraph Townhomes is the largest project ever undertaken by Habitat for Humanity in Whatcom County. First announced in 2016, the innovative project will provide mortgage options as low as $350 per month, according to the organization’s website.

However, it took 18 months and $218,000 in costs (including approximately $60,000 in services donated by engineers, architects and consultants) to gain approval of a permit that allowed construction to begin in March. And according to John Moon, Executive Director for Habitat for Humanity in Whatcom County, the cost total doesn’t include an estimated $50,000 worth of pro bono work done by an attorney, Moon’s time, and the time of Dean Fearing, Executive Director of Kulshan Community Land Trust.

“The City of Bellingham Planning Department has tried its best to be helpful, and we appreciate all their efforts to move this project along,” Moon said. “The city has some wonderful housing champions and has provided critical funding.”

“The challenge is that the rules, regulations, and processes around permitting are not sensitive to the most economically vulnerable in our community,” he said. “According to United Way’s ALICE report published in 2016, 41% of Whatcom County residents struggle to survive. This means food, healthcare and the largest consumer of cash—housing. We have a crisis.

“Understanding the consequences of each permitting decision is a major part of the solution,” Moon suggested. “With each decision made by the planners there are financial and human consequences.”

Moon believes city staff needs to see the impact of its decisions.

“I think the process would be different if those making the permitting decisions actually knew the children who hope to have a safe place to lay their head at night, knew that their only desire is a place they didn’t feel embarrassed to invite friends, and knew that the child’s future educational, vocational, and health prospects were at risk.

“Delivering bad news is the toughest part of my job. I’ve never put it this way to a Habitat client, but the news I’m delivering is this: It’s more important to have a sidewalk for an unplanned future project than it is to build you a home. This is the consequence of some of the planning decisions. I’m not sure how many see it that way.”

“I would ask city leadership to appoint a low-income homeownership ombudsman whose sole responsibility is to shorten the permitting process, make recommendations when affordability and rules are at odds, and free up city resources to provide engineering, architectural, and technical assistance for low-income projects.”

Like Moon, Garrett O’Brien is somewhat sympathetic toward the PCDD, but sees room for improvement. O’Brien is President of Volanta Corp., a Bellingham contractor, and a candidate for Mayor of Bellingham in this year’s elections.

“We’ve been permitting projects in the City of Bellingham for 15 years and have seen continued improvement in the review time for single-family homes and smaller projects,” O’Brien said. “The fees can be a bit shocking, but they’re similar, and in some cases lower, than other cities we’ve worked in.

“I think one of the challenges we have in Bellingham is finding ways to streamline the process for larger projects that trigger design review. The design-review process has a lot of layers to it, and I think there are some redundancies there that could be consolidated or removed.”

O’Brien also agrees with Moon that it will take more than good people in the PCDD to improve the process.

“The City of Bellingham has strong design standards and I think our city staff is fully capable of administrating the code, but in some respects they’re limited by the process that’s in place,” he said. “Changes to the process will require commitment from our civic leadership as well as engagement and collaboration from stakeholders. It can be done, but it’s not an easy task.

The fees are high, and I don’t know if there’s much we can do about that, but I do think there is more opportunity to offer fee reductions to incentivize affordable housing and innovative projects,” O’Brien explained.

Nabbefeld believes the PCDD has made significant improvements in recent years and points to several survey results.

“Recent exit surveys indicate that 83% of our customers are satisfied with their experiences working with our department, and the data also show that last year we successfully met our permit-review target dates 87% of the time,” Nabbefeld said. “This didn’t come easy. After a detailed and oft-times humbling self-assessment (which included many of the department’s most frequent customers and some of its harshest critics), the PCDD redesigned the permitting process in 2014 to be more responsive, predictable, and efficient …and that work is not completed yet. An ongoing cycle of assessment and revision has led to very timely permit review.

“Of course, many properties and projects remain challenging, because, as it’s often said: ‘All of the easy lots have been built on.’ Additionally, as a community we’ve set high standards for development and the preservation of our environment. Processes that take longer are due primarily to more complex sites, environmental concerns, and/or challenging infrastructure needs to provide service and/or access.”

“The city has instituted review target dates in which applicants will be notified either that their permits are ready to be picked up or that corrections are required to meet development regulations,” he said. “These timelines include over-the-counter permits for smaller-scale projects, review periods of seven days for single-family developments and tenant improvements, and 28 days for new commercial buildings. We also have a ‘major’ category that allows for simultaneous building and land-use reviews where the project team establishes an appropriate review period.

“Another way we’ve improved the processing times is by switching (in 2015) to electronic submittal and review of permits, which most of our customers are very excited about,” Nabbefeld added. “This system allows multiple departments to conduct their reviews simultaneously, rather than individually on a single set of paper plans. It also allows applicants to see online the progress being made and which departments have completed their reviews.”

While Nabbefeld welcomes suggestions on how the PCDD can improve, he offered one for permit applicants.

“The No. 1 thing applicants can do to help facilitate the processing of their applications is to talk with us early in the design process,” he said. “That way, we can identify any critical issues—such as wetlands, needed infrastructure improvements, or project-specific regulations—before they spend money and time preparing plans. We’ve found that the earlier staff is involved, the less likely that code inconsistencies will be found later in the process.”