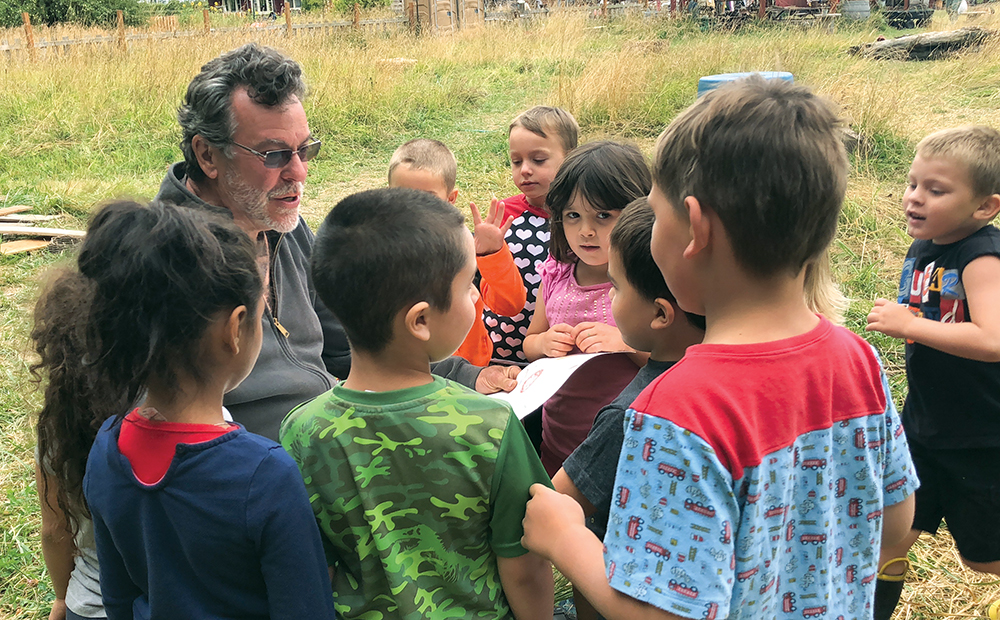 The failing economics of the child-care industry is a ticking time bomb affecting businesses and families across Whatcom County, according to Michael Watters, Executive Director and Founder of Kids’ World—a child-care provider, with six facilities on four campuses in Bellingham and Ferndale.

Michael Watters said that his commitment to serving a high percentage of children from low-income families, coupled with inadequate state reimbursement for those children, have combined to cripple the economic viability of privately run child-care centers.

The number of licensed child-care providers in Whatcom County dropped 25% between 2012 and 2016, falling from 147 to 110, according to a report by the nonprofit Opportunity Council. Rose Marcotte, Administrative Program Coordinator for the quality childcare program of Opportunity Council, said the situation hasn’t changed much since the 2016 report was published: The number of Whatcom County providers was 116 most recently.

The factors accounting for the statewide and countywide plunge in the number of providers include increases in:

“People are realizing this is a crisis. It impacts employers, employees, everybody,” Marcotte said.

From 2013-2018, the state had a net loss of more than 1,100 child-care providers, according to figures from the nonprofit Child Care Aware of Washington, a statewide childcare resource and referral program. That net loss includes a slight uptick during 2018.

“You just can’t make the money work,” said Ray Deck III, Founding Director of Skookum Kids, a nonprofit for foster children. “What parents are willing to pay for childcare, and what it costs providers to produce it…just doesn’t pencil out.

The cost of operation is going up, but the (state) reimbursement (for low-income kids) is not going up. (the state) is making it more expensive to run a day care.”

Deck said Skookum Kids has children in need of homes, and homes ready to receive them, but lack of available child care stalls the process.

“But Watters says, ‘Damn the torpedos, these kids need to be cared for and I’ll find a way to do it.’ If he’d raised prices as economics dictated he should have, this child-care crisis we’re facing now would have arrived long ago, and with much more force.”

Watters said Kids’ World, with 528 licensed spaces for children and 125 employees,  likely will either be taken over by nonprofit providers or closed by the end of 2019. Watters said those 528 spaces represent about 650 children, all of whose parents work for employers in this area.

“I will not operate on Jan. 1, 2020 knowing I will lose that much money every month. Just this morning, Bob (business partner Warshawer) and I were talking about what type of buildings to put on our Kids’ World’s Sunset and Yew Street locations next year, even though we just finished Yew Street, and I love it.” Watters opened the Kids’ World Frontiers facility on Yew Street in February 2019. “I’d have been better off building houses there,” he said.

Watters and Warshawer are partners in Mike and Bob Properties LLC, a developer of mostly multi-family, mixed-use buildings. Watters has used profits from land developments to sustain Kids’ World. “You don’t make a living from preschool,” Watters said. “I had to find other ways to make income. But I’m 63 now, and I can’t do it anymore. I can’t physically work 80-hour weeks for Kids’ World and also work in land development.”

Why that matters: Kids’ World has offered full medical benefits, plus paid vacation and sick time to full-time staff for years. Part-time staff, as was customary, did not get paid sick leave, until mandated by state law on Jan. 1, 2018. “When you have 25 to 30 part-time employees who can call in sick and now be paid for it, you get a lot more Friday and Monday sick days,” Watters said.

Businesses said availability and cost are major hurdles for their employees. The survey points out that a year of infant care costs more than a year’s tuition at Western Washington University.

Karli Bergman, Human Resources Coordinator at Larson Gross CPAs and Consultants, has seen “quite a few employees who’ve exited because they couldn’t find child care, or their pay doesn’t support it. On average, one employee per year makes the decision to leave, and it’s usually in their fourth or fifth year of employment. Recruiting, advertising, and onboarding to replace that employee is costly, and it’s really hard to do.”

Bergman cited a marketing manager who works on-site three days and works from home the other two days. The manager would prefer to work on-site four days, but her child-care provider can’t expand her existing arrangement.

The location of child care, in relation to the employee’s home and work locations, also affects personal and team productivity, if it means the employee has to arrive late or leave early, Bergman said. “If a staff member can’t telecommute, and if they don’t have child care, it means taking unplanned days off.”

The statewide minimum wage went up on the first of the year in 2018, again in 2019, and will do so again in 2020. Child-care providers cannot raise rates on their private-pay families enough to keep up with those costs. The state reimbursement to providers who accept low-income families did not increase for years, and even then, Watters said, “It was a couple of dollars less per day per child (compared to the market rate).”

Since Kids’ World enrollment is 60% low-income families, whose care is mostly paid by the state, that loss-per-child had a high multiplier and hit hard. “I’m an anomaly for serving low-income kids,” Watters said. “Some child-care centers accept none. But that’s not my heart.”

Watters mentioned how local nonprofit providers that serve a lot fewer low-income families still receive “tens of thousands of dollars” from local charities and foundations. “Kids’ World has hundreds of low-income families, but gets no additional subsidies, apart from the (inadequate) state reimbursement,” he said.

At Kids Korner Learning Center in Bellingham, a third of the children are from low-income families whose care is mostly paid by state subsidy. Kids Korner used to take more, but increases in the minimum wage and paid sick leave have driven up costs. “We had to have more private-pay families, because we just couldn’t afford it,” said Dawne Sheppard, the Director and Program Supervisor.

Kids Korner is licensed for 66 children. “There’s no room for expansion,” Sheppard said. “The only way, with costs going up, is for our private-pay families to pay more, or for the state to raise subsidy rates. Otherwise, you end up not taking state-funded kids because you can’t afford it.”

Kids Korner must maintain 25 children from low-income families to remain eligible for the federal Child and Adult Care Food Program (CACFP) that reimburses a center for meals to eligible children.

Watters said that the economics pushing private child-care providers out of business will likely result in all child care eventually being operated by the state. If Kids’ World became a nonprofit entity it would be eligible for grants and subsidies that might keep it viable but would limit parents’ child-care choices.

“We are being distilled to one-size-fits-all, a Kentucky Fried Chicken child-care model, and I just can’t do it,” Watters said. “I’m very vocal about this, and very direct. That will be the only thing available to low-income families, and it won’t be good for kids.

“What’s at stake for businesses if we don’t have enough quality child care? They can’t recruit,” Watters said. “They can’t draw people to Bellingham if there is not adequate child care or housing. Businesses suffer because more employees call in sick if they don’t have quality, consistent child care. How productive is your employee if they’re concerned about their child care or get called out in the middle of the day? The thing about child care is that no one is aware of what it takes, unless you’ve got kids. People don’t understand the human cost of being a child-care provider.

“I’m grieving this, like I would grieve the death of a family member.”