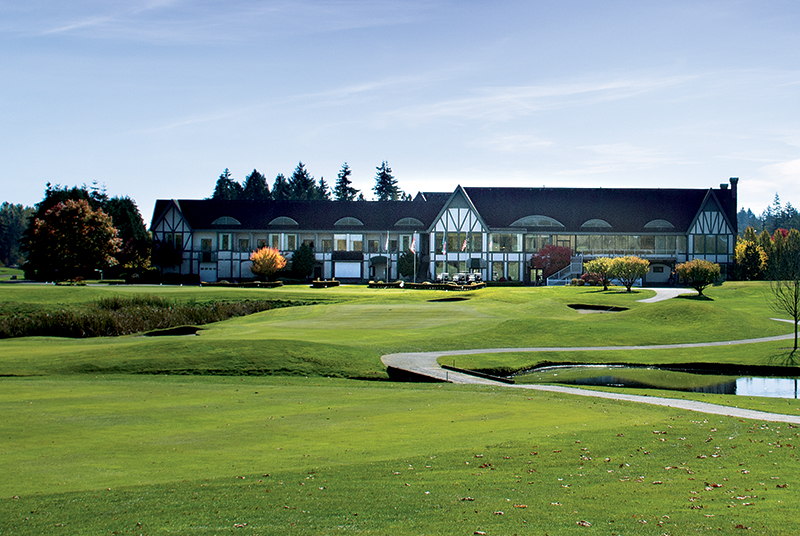 On Oct. 8, the Lummi Nation assumed ownership of the highly rated Loomis Trail Golf Course south of Blaine. Jay Julius, Chair of the Lummi Indian Business Council (LIBC), told Business Pulse in a phone interview that this transaction has “crazy good” economic significance, not only for the Lummi Nation but for all of Whatcom County.

The 180-acre property that includes the golf course, plus overnight and meeting space accommodations, sold for about $3.8 million, Julius said. He noted that the course, built-in 1995 and rated as high as No. 5 in the state by golf publications, has been “excellently maintained, (but) other parts of the property will need repairs and some love.”

Assessing the impact on the region, Julius said, “We’re the second-largest employer in the county,” adding that nearly 80% of the 1,300-plus employees combined at Silver Reef Hotel Casino Spa and in the Lummi government are non-tribal. “And this acquisition adds more county residents to that list.” All of the employees at Loomis Trail will remain in place, he said.

Julius described how the vision for Loomis Trail includes an economic boost virtually untapped in years past: hosting events, such as weddings and business meetings, and attracting recreational visitors to the 16 hotel rooms and 4,200 square feet of banquet space. Golf will serve as a value-added attraction for the Silver Reef (“we’ll lean on them for business and marketing savvy”). And Loomis Trail will become the home course for two high school golf teams—Lummi Nation School, which added the sport last year, and Ferndale High.

Julius spoke of how the purchase preserves cultural heritage: “Acquiring that course and land means that it will never be sold,” he said. In a public announcement he wrote, “It sits on original land of the Semiahmah. This is much more than a golf course. The Loomis Trail landholding is within our ancient ground…very important to the history of our people.”

An avid golfer himself, Julius said that a major consideration in the purchase was making it “affordably accessible to the public.” He said memberships would be available, too. “The main thing is that anybody can reserve a tee time. Golf is an expensive sport and we’re now able to change that from what previously has been a semiprivate course.”