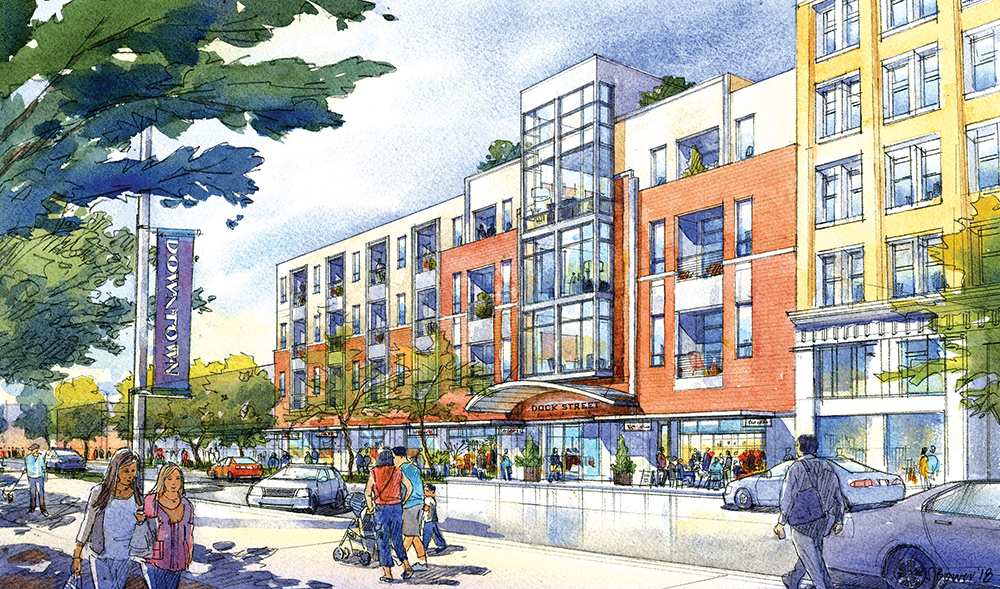 During the Summer of 2018, for our regular Business Pulse Q&A feature, Jeff Kochman and Jeff McClure discussed their offer to purchase that iconic but 30-years-vacant JCPenney Building and their plan to double it to four stories high and develop it for mixed-use offices, retail, apartments, and parking.

The interview didn’t appear as planned in the Sept.-Oct. issue. Nor in Nov.-Dec. Nor in Jan.-Feb. Nor now—eight months later. Complications have compounded, and confounded the principle players. The deal remains stagnant, and the building stands vacant, as it has since 1988.

Numerous delays have resulted from—well, put it this way—if you can follow all the characters and the plotline, you probably liked Tolstoy’s War and Peace…

Sept. 2018: Kochman and McClure proferred $712,000 for the building and a commitment of $12 million to expand and renovate it. They’d arranged the deal with Bruce Tolchin, who lived in California and controlled Whatcom Center LLC, which bought the building in 1998.

Oct. 8: Bellingham City Council approved a public-private partnership with the Kochman-McClure team. The City committed $2.1 million to buy the land that the building sits on, with the caveat that the developers would lease it. A closing date was set for November.

Same Day: Doug Tolchin moved the building and property from one holding company to another. He notified the City and the developers that Whatcom Center LLC didn’t have the rights to sell and threatened to sue if the sale took place.

Nov. 2: Bruce Tolkin countered with a lawsuit against his brother, claiming full authority to sell.

Nov. 19: Bruce Tolkin died. He had signed a document that day moving the closing date of the sale to Feb. 1. The case was frozen. His $50 million estate trust manager sought to oversee the case.

Soon after: Mary Tolchin sued to stop the trust manager in California.

Feb. 8: Whatcom County Superior Court Judge Robert Olson ruled no, temporarily, on an extension to close the sale, yet Judge Olson scheduled two more hearings here in early March on who has rights to what.

Meanwhile, the developers and the City confirmed to Business Pulse that they’re still on board.