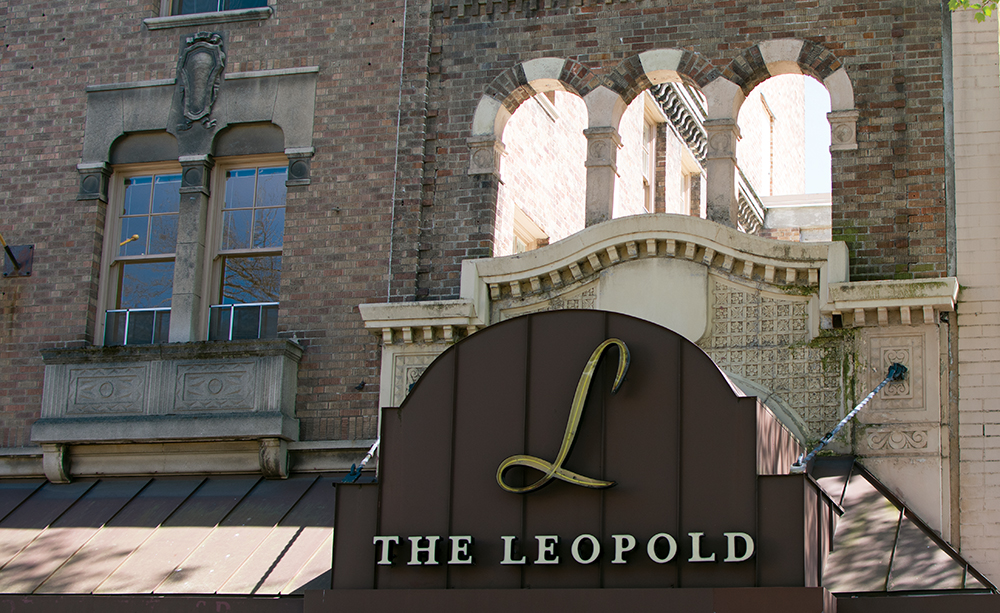 The historic Leopold Hotel building, which recently closed its doors in downtown Bellingham as a retirement residency and is undergoing renovation, will reopen this Summer at 1224 Cornwall Ave. as The Leopold Apartments, with 61 units, and Hotel Leo, with 31 rooms.

Hotel Leo will be the first new hotel in Bellingham’s city center in at least 15 years and will fill a much-needed hospitality gap in downtown Bellingham.

“Downtown Bellingham is becoming known throughout the region for its walkability and vibrant mix of restaurants, stores, bars, and breweries,” said Hotel Leo Co-owner Peter Frazier. “Adding a modern, high-quality hotel within walking distance of everything is a way to support and grow with the neighborhood.”

The Leopold Apartments and Hotel Leo will bring together local residents and visitors in a mixed-use concept that is new to Bellingham. Studios and one- and two-bedroom units will be available for rent through Daylight Properties beginning June 1. Most apartments will include stunning views of Mt. Baker, Bellingham’s waterfront, and the city center, with easy access to the vibrant downtown scene. Monthly rental rates will range from $950 to $2,000 and include all building amenities and utility services.

The apartments are located in the nine-floor tower originally built-in 1929. The Hotel Leo will be in the three-floor motor inn constructed in 1959. Apartment residents and hotel guests will share use of a fitness facility, social lounge, deck, and library. A tenant (to be announced soon) will lease much of the building’s 10,000-square-foot ground floor for a restaurant, bar, and events such as weddings, concerts, and meetings.

With Bellingham’s apartment vacancy at record lows, bringing more housing will add to the economic vitality and commerce of our downtown,” said Jena Curry, Leasing Manager of Daylight Properties.

Frazier and his wife, Aimee, were part of a team who designed and developed Bellingham’s Heliotrope Hotel in 2016. The Fraziers and Bob Hall are co-owners of the Leo and Heliotrope Hotels. Jamie Verkist is General Manager of both hotels.

Hotel Leo’s studio and one-bedroom units are being designed by Frazier and interior designer Michelle Banks of Bellingham’s Spiral Studios. Many furnishings are being locally sourced from downtown home-décor businesses, The Greenhouse and Ideal.

Hotel Leo pays homage to the original use of the site at 1224 Cornwall Avenue as the Byron Hotel in 1889, becoming the Leopold Hotel after Leopold F. Schmidt purchased it in 1910. The current building was constructed as the new Leopold Hotel 1929, with an addition in 1959. The site was listed on the National Register of Historic Places in 1982.

The renovations of the property and styling of the hotel will combine the old and new,” said building owner Bob Hall. “We’re restoring as many of the building’s original features as possible.”

Work is underway to restore the terrazzo floors in the lobby, a terra cotta stairway, original tiling in the majority of the apartments, and the original wood floors in the grand ballroom. Reservations for Hotel Leo rooms are being accepted now.

“We see the reopening of The Leopold as apartments, as well as a hotel, restaurant and events center, to be an expanded contribution to the vibrancy of our downtown community,” said Alice Clark, Executive Director of the Downtown Bellingham Partnership.

An early look at restoration work in the lobby was available to attendees at a benefit fundraiser May 3 for Bellingham public radio station KMRE. The event, featuring The Atlantics, was held in Hotel Leo’s Crystal Ballroom and included dancing, food, libations, and drawings.