Recently, I came across the guest column in the Jan-Feb edition of Business Pulse that painted solar power in Washington State in an unfavorable light. In response, I thought I’d offer some counterpoints that highlight the merits of solar as I see them.

My perspective draws on 15 years of experience at Ecotech Solar offering solar installation and design services to residents and businesses in Whatcom County and beyond. I hope to set the record straight on solar as a fantastic value proposition, as well as a great way for homeowners and businesses to cut their carbon footprint and claim energy sovereignty in the face of escalating electricity bills.

Solar for the masses

Solar isn’t just for the select few. Anyone with the proper solar resource—i.e., a roof that isn’t too shaded—can make a near-infinite natural resource work for them. Even western Washington—the cloudiest part of the state—receives more sunlight than Germany, the world leader in installed solar capacity.

Thanks to decreases in solar equipment prices, solar has become a financially workable solution for a broad range of folks and businesses. The price of panels has dropped an astonishing 80% since 2004. Solar panels also have increasingly good warranties—from 25-30 years—and typically outlive their projected lifetime.

So, does solar make sense for the masses? Yes! Easy for me to say, but you’re probably still wondering: What does it cost?

It’s hard to generalize the cost of an installation without a solar site evaluation (these evaluations are free) because so many location-pecific variables factor in. The cost depends largely on the amount of electricity that the customer is hoping to generate. It also depends on the space available for an installation, electric bills, the site’s orientation, and the size of the proposed system.

The main point of the price conversation: People shouldn’t disqualify themselves by automatically thinking solar is too expensive. Most systems are easily financed through zero-down credit union loans secured by the solar panels that have low 20- or 10-year fixed-interest rates. The federal government also offers a generous 30% tax credit for both residential and commercial systems, further reducing the cost.

The cost-benefit relationship is what makes solar work so well—better than people tend to expect. The savings from eliminating an electricity bill offsets nearly the entire payment of a solar installation loan. The utility cost before solar might be a little less, but you’re generating clean energy, and adding substantial value to your home. Once the loan is paid off, your electricity is free.

Speaking of adding value to your home, a great upside of solar is its ability to significantly appreciate a property’s value. Numerous studies have shown that homes with solar sell faster and for more—significantly more. Additionally, solar opens up options to phase-out inefficient, gas-fed furnaces and hot water heaters, paving the way for high-efficient electrical appliances that can be fueled by the sun.

It’s OK if it rains “sometimes”

Let’s revisit the claim that Washington doesn’t have enough sunlight to support viable solar energy production for homes and smaller-scale businesses. Thanks to the way that solar energy credits can be banked during our unusually-long, 16-hour summer days and cashed-in when the winter weather moves in, we have a tried-and-tested way to stay ahead of the rain. This “energy banking” is known as net metering.

As a solar customer, you can think of your utility as a battery. Net metering means you’re sending the solar electricity you generate to this “battery bank,” which holds your credits until you need them in the winter, when you’re probably using more electricity than your solar system is generating.

Functionally, net metering takes place through a simple electricity meter that utility companies install for solar customers; it spins backwards when you’re producing more electricity than you’re consuming and spins forward when you need to cash in on your banked credits.

Experienced solar system designers can tailor your system to meet your energy needs. Solar can even be designed so your system accounts for future needs like electric vehicle chargers or electric appliance upgrades.

You have the (solar) power!

In conclusion, I want to emphasize that Washington, in general, is a great state for solar.  If you’re still unsure, ask any of the thousands of solar owners throughout the state about their experience.

Dana Brandt holds a Master of Science in Renewable Energy and serves as President of Solar Installers of Washington. He founded Ecotech Solar in 2004. 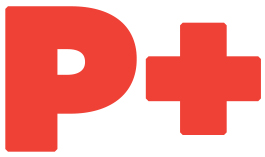 DANA BRANDT DIDN’T SET OUT TO SPECIALIZE IN SOLAR, BUT IT BECAME THE MOST FEASIBLE ENERGY ALTERNATIVE FOR CONSUMERS

In our March/April print edition, Dana Brandt wrote a guest column on the advantages of installing solar panels—which his company, Ecotech Solar, does out of Bellingham—for home and small business owners. His piece essentially outlined how Washington is a good state for solar on that level, somewhat of a counterpoint to a guest column in our January/February edition that stated that it’s not.

We asked Dana to write based on his vast education and international experience in the fields of not only solar energy, but also wind, water, biomass, micro-grid, and off-grid technology.

“In reducing the carbon footprint,” Brandt said in a sit-down conversation before he wrote the column, “solar is the most cost-effective alternative. Unless you’re moving to a different state, depending on where, it could be a different proposition.”

What we found quite interesting with Dana is that before he settled on solar in the residential and small-to-medium business core market, he explored all those other propositions. He started his business thinking of engaging in all sorts of renewable energy sources, based on his experiences in other countries, especially wind and water.

“I intended to do international development, to bring alternative energy sources to people who don’t have any in other parts of the world,” he said. He studied abroad to learn the industry. Specifically, Germany and England.

While obtaining a degree in electrical engineering at Seattle Pacific University, Dana got his first taste of what became his future. “I had a class in renewable energy,” he said. “I became involved in an honors senior project. It was a flop, but quite a learning experience.”

He detailed how, for winter quarter at SPU, he and his favorite professor went to the Dominican Republic on a mission in engineering a building project. “We connected with a tech center down there that was curious about wind energy,” Dana said, “and we developed a tutorial for creating wind turbines.”

He said that it failed because the group there couldn’t do the necessary basic algebraic equations. That experience moved him to explore. He moved to the East Midlands of England and obtained a master’s degree in renewable energy at Loughborough University. Specialization was a part of that degree, he explained, which led him to a project for his master’s thesis of designing and installing a solar system at a boarding school in Uganda.

“It was supported by a nonprofit where I was studying at the University of Kassel, north of Frankfurt, Germany. From those experiences I thought I would be applying it all overseas. I wasn’t planning to come back.”

But, all roads pointed this way.

“Bellingham is home, I grew up here,” he said. “I saw a need for it here that I didn’t anticipate, even in grad school. So I moved back from Europe.”

When Dana opened the first company in this area for alternative energy solutions, he had the whole spectrum in mind. “When we started in 2004 we were Ecotech Energy Systems. I was leaning toward wind and wave power prior to solar. My grad school experience was with all of those things—biomass, hydro, wind….I didn’t know yet we’d be just solar.

“But I quickly learned that a lot of people have a good solar site, and only a few had a good site for wind power, and almost nobody had one for hydro. Solar is the people’s best alternative energy source—not everybody, but most.”

Dana became fully established as a recognized authority in the field. His EE background shows in off-grid and AC-microgrid technology; he now has years of international solar design experience, and as a teacher and consultant. He is president of the Solar Installers of Washington trade organization, he’s been published in Home Power and Solar Pro magazines, and he’s lectured at Solar Energy International and numerous universities.

The staff at Ecotech Solar draws on experiences across 11 countries on five continents, using locally made equipment.

Hence, we felt Dana was best-suited to address the matter of Washington as a strong state for utilizing solar energy as an alternative power source at home and in many work environments. Often, the topic arises in a politically polarizing manner among special-interest groups.

“If we’re going to stop massive carbon emissions,” Dana said, “we have to have incentives. Without some government guidance you don’t get the outcomes you want. But the free market follows the money on the industrial level and without incentives it’s easier for (big business) to keep doing what they’re doing.

“That’s why I stay involved at the state level because of all the regulations. In the big picture, at Ecotech we really care about taking care of people, and serving to make the world better. We’ve found something we’re good at doing, and enjoy doing it to better our community.”

In Spite of Disruptions, We Didn’t Run Out of Food. Why...