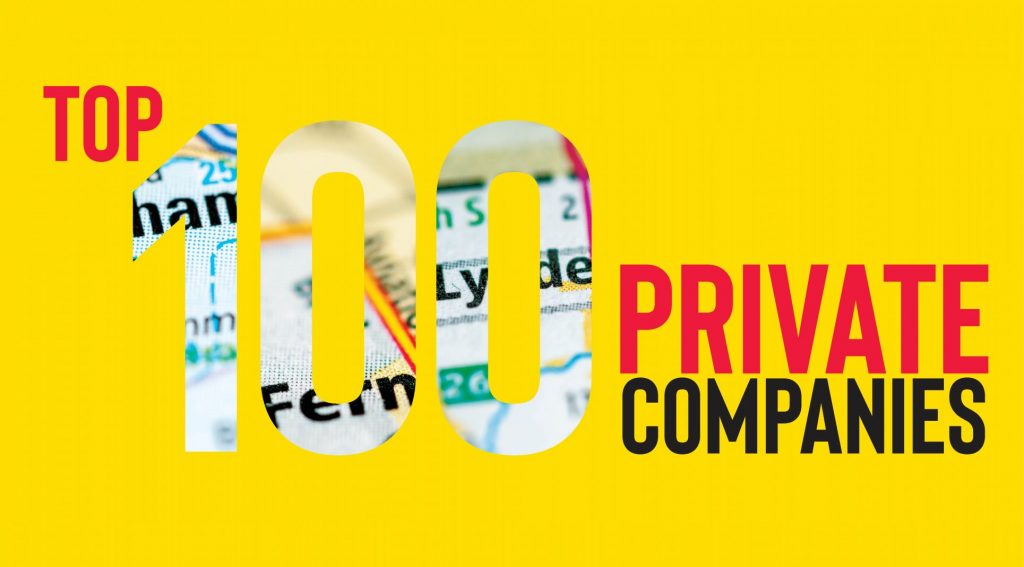 Some staggering increases in gross revenues were the most remarkable trend that leapt off the pages as we compiled this year’s Top 100 Privately Owned Companies in Whatcom County.

Most notable among them: Brim Tractor in Lynden, Dan Brim’s company that has operated for more than 50 years. After adding a complete line of construction equipment, Brim’s six stores that spread from Canada to Oregon increased sales last year by a stunning 160%!

Other shining examples: Tiger Construction with a nearly 85% rise; Emergency Reporting, G.K. Knutson, and Vital Choice at about 50%; Morse Distribution, Kam-Way, and Pro Pack at around 45%; Western Refinery Services 40%, and Hardware Sales at more than 35%.

Altogether, sales totaled in excess of $5.14 billion among the Top 100 leaders, and they account for over 10,100 jobs in Whatcom County and more than 18,000 jobs overall.

Open the digital version below to find out who made the list.

Although automobile glass glistens in the forefront at this local company, it also could be called “Glass R Us” for its versatility. Louis Auto Glass is fast approaching 90 years in business, and its world of glass has expanded into other applications at locations in Bellingham (where it all began four generations of Adelsteins ago in 1929), Lynden, and Mount Vernon.

While windshields remain the core business, with replacements in every kind of vehicle, the company has developed many other areas of in-house, industry-certified expertise, said President Rick Adelstein (son of owner Mel, grandson of founder Louis, and father of VP Carrie, who steers the anchor store). “For example, in doing windshield replacements, it’s important to correctly install lane-departure and ‘asleep at the wheel’ sensors that are part of the new auto technology,” Rick said, “Otherwise, a dealer or auto repair can’t recalibrate them correctly.”

Other areas of company growth include installation of shower doors and double-pane windows in residential housing, especially apartment complexes. “Seems like we have a shower-door customer about every day,” Rick said. Louis Auto Glass was the Business Pulse Small Business of the Year in 1994, and 17 years later the Bellingham-Whatcom County Chamber of Commerce & Industry named it the Large Business of the Year.

Louis Auto Glass is just one of several companies identified in this year’s search for the Top 100 Privately Owned Companies in Whatcom County that came close, falling just outside the list. Some exceeded $5 million, which, until this year, would have qualified for the list—an indication of how strong the economy was for so many businesses last year.

There are numerous other companies that identified themselves in our survey as what we call Companies to Watch, because they are rapidly approaching the $8 million cutoff of this year’s Top 100: