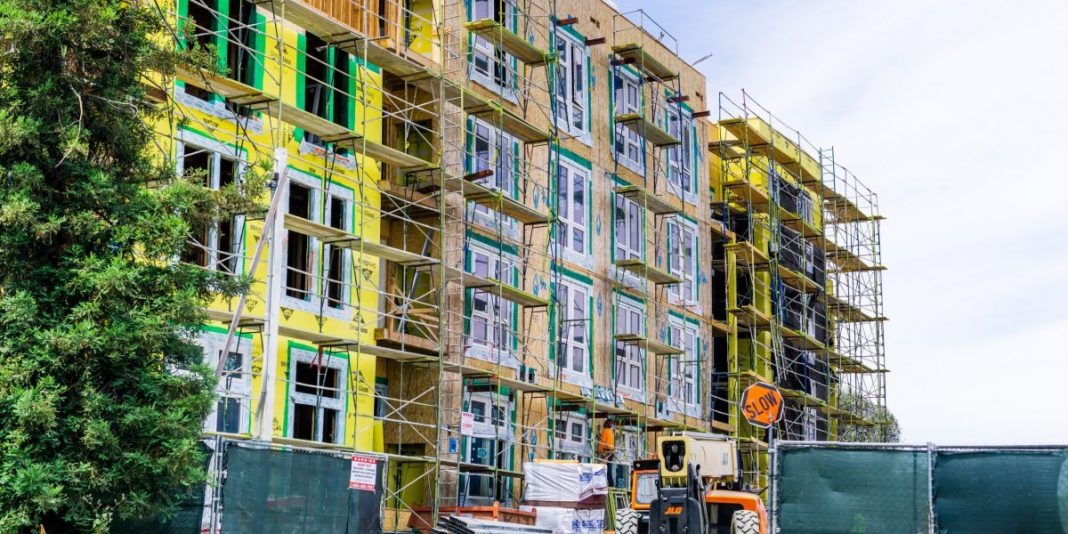 What’s next for our roller coaster construction industry

The construction industry in Whatcom County has weathered two decades of precipitous rises and wild declines. But when you look at the years as a whole, you see that the ups and downs level out to an annual growth rate of 1.7%, which matches the growth rate of the county’s overall economy.

Like a roller coaster ride that averages to a flat line, that makes it sound a lot gentler than it has been.

Read on for a look at this industry in Whatcom County, including expectations for the near future, industry size relative to other segments, wages, housing demand and house prices.

“We had decent growth in construction in Whatcom County between 2016 and 2017, with a lot of hotel construction,” said Jim Vleming, a regional labor market economist with the Washington State Employment Security Department.

“Construction was booming for a short time, but now we’re returning to reality, especially with the virus and supply chain issues,” Vleming said.

The state’s employment projections for the next few years — pegged before COVID-19 — estimated annual growth in construction at 0.88% from 2022 to 2027 in the Northwest Workforce Development Area, which comprises the counties of Whatcom, Skagit, Island and San Juan.

Construction employment in Whatcom County was looking fine for 2020, with a residence hall going up at Western Washington University and other projects, said Hart Hodges, director of WWU’s Center for Economic and Business Research. But many projects are now on hold due to COVID-19 — some because the work is considered nonessential, and others because people are waiting for the financial uncertainty to subside.

“So, I think the forecast for construction has to be lower in 2020 than 2019,” Hodges said. “I think we’ll see a large dip in employment in construction for the next three to six months, but hopefully back to pre-virus levels by September or October. Hopefully we are not hit with another round of the virus in the fall.”

How big is it?
This industry matters more here than it does elsewhere. Construction is a bigger part of the economy in Whatcom County — 8.2% of total jobs — than it is statewide (5.9%) or nationally (4.9%), according to 2018 figures, the most recent available from the state Employment Security Department. Wages are higher, too; the average hourly construction wage in Whatcom County in 2018 was $29.08, compared to $24.01 across the country.
However, other industries in Whatcom County — such as government, transport and utilities, leisure and hospitality, and trade — are larger than construction. “Going way back to 2000, those have always been the big players in the Whatcom County economy,” Vleming said.

Demand looks decent
Even with construction here declining recently, there’s hope in the residential sector, said Anneliese Vance-Sherman, who like Vleming is a regional labor economist for the Washington State Employment Security Department. Housing permit applications in Whatcom County, especially for multifamily dwellings, are trending up. In 2018, the number of applications here reached 1,464, a number not seen since 2006, when it was 1,482.

In 2006, three-quarters of those applications were for single-family dwellings. In 2018, they were nearly equally split between single family and multifamily. In March, the Bellingham City Council further promoted multifamily housing when it passed an emergency temporary ordinance banning most single-family homes in areas zoned for duplexes, townhouses and other multifamily units. The ordinance required a public hearing within 60 days.

Net in-migration, meaning all those folks moving to Whatcom County, is also rising briskly, exceeding previous peaks in the early 1990s and matching the boom years of 2006 and 2007, state figures show.

“At least from the residential side, there appears to be continuing demand,” Vance-Sherman said.

Today, people move for different reasons, Hodges said. “We used to go where we could find the best job, but migration like that has been declining for decades,” he said. “Now it is complicated by the cost of childcare and other factors. Many people can’t afford to move the way we used to.”

The fact that more affluent people (including retirees) or those with better job offers are the ones who are moving changes housing markets noticeably, he added.

Prices keep going up
The median price for Whatcom County homes sold in 2019 was $400,000, a 4.6% increase over the year before. Within Bellingham, it was $480,500, a 6.9% increase, according to a report from Troy Muljat, managing broker at Muljat Group Realtors.

Compare that to 2010, when the median for Whatcom County homes sold was $250,000. That’s a 60% increase over the decade. Bellingham house prices saw a 71% rise over that time. During that decade, Whatcom’s population rose 12.2% to its current 225,685. Again, that’s due to net in-migration — not births, which are declining.

The long view
Earlier this year, low interest rates sparked a “frenzy” of purchasing and refinancing, Muljat said. At the same time, one local construction manager, even while surveying his robust schedule, hoped “my customers don’t lose all their money” in the burgeoning economic fallout from COVID-19.

Employment growth was high during the recovery of a few years ago because of pent-up demand and population influx, but it basically stabilized in 2018 and 2019, Vance-Sherman said. Seattle was similar, with a growth rate extremely high and then stabilizing. As a recovery matures, projects are completed and new projects begin, and the workforce cycles among projects.

Construction is contract-driven and hence a challenge to chart accurately, Vance-Sherman pointed out. Employment ebbs and flows based on projects, so the government’s monthly samples might include a company that’s just finished a project and laid off workers but not include a company that’s just begun a new project. She cautions that the most recent data might not be the most accurate data.

In the construction industry, as with a roller coaster ride, it’s best to take the long view.