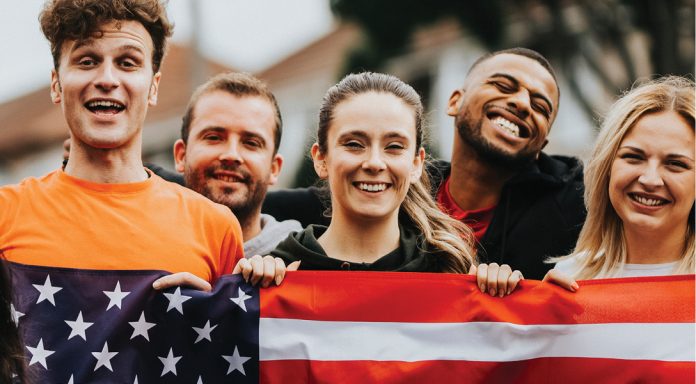 Seeing the world as a financially savvy ninth grader

I began paying attention to politics in 2015, when I was 9 years old. My dad would tell me about this famous businessman running for the Republican nomination and about a mostly unknown senator trying to upset a Clinton dynasty. I didn’t always understand what he or the politicians were talking about, but I knew one thing: I was going to be like them one day. I was going to make a difference.

I immediately began an intensive process of teaching myself about U.S. history, political ideologies and basic economics. I began thinking about who I was and what I believed in. I delved deep into the black hole that is Wikipedia. Even then, I knew that a fifth grader who sequestered himself daily to learn the ins and outs of the Ford administration or the Gulf War was unusual. This experience sparked my interest in conservative ideas, and especially in conservative economics.

Where I’m coming from
My dad and I go on an annual summer road trip. In addition to driving all over the country, I’ve lived in Arizona, Florida, Missouri and Washington. From Trump country in West Virginia to the cities most friendly to Alexandria Ocasio-Cortez, I’ve seen America for what it is: a diverse group of some of the best people in the world. Sometimes those people passionately disagree with each other, but I have had amazing friends and neighbors in the conservative community we used to live in in Missouri, and amazing liberal friends and neighbors we’ve met since we moved to Bellingham.

Seeing the effect that regulation has on the different places I’ve visited and lived has drawn me closer to the ideals of center-right economic policy.

In Missouri, my older sister started working at our neighborhood coffee shop when she was 15. She held that job for four years and learned a lot. My little sister and I used to love visiting her for hot chocolate.

There is much to love about Washington and Whatcom County, but when we moved here I started learning about our local economy and the issues affecting businesses. I know my sister would most likely not have had the same opportunity to get a job in a coffee shop at 15 if we lived in Bellingham. Having concerns about the minimum wage doesn’t mean I want anyone to be poor, hungry or struggle for a place to live. It just means there are practical implications to our policies.

And that’s what fiscal conservatism is all about: practicality.

What does being fiscally conservative mean?
From my experiences, knowledge and understanding, conservatism focuses on using one’s (or a nation’s) resources as effectively as possible while balancing all other factors as fairly as possible. It means protecting the lives of those who cannot protect themselves. It means applying to the nation the same financial logic we use in our personal lives.

It is completely possible to be pro-business and fiscally conservative while holding social ideas that don’t align with the politicians you believe have your best economic interests in mind. Supporting policies that help families pay their bills, maintain their dignity, and, if they are business owners (like my parents), create opportunity for others, does not make you a liberal or conservative. It makes you a compassionate, reasonable person.

In my family, people disagree on politics. Let’s just say my sisters do not have the same affection for Ronald Reagan and George H.W. Bush that I do — and that’s OK. They know who I am and what’s in my heart, and I know the same about them. Disagreeing on tax policy and the minimum wage should never be a reason to demonize someone. In the end, everyone wants the same thing for themselves and for their neighbors: an economically secure life in which they can achieve their version of the American Dream.

Being a 14-year-old conservative means your friends and siblings sometimes don’t agree with you — until they hear why you believe the things you do. It helps if you can share your ideas with them while still respecting who they are and what they believe. We should never believe a person is bad just because we believe their idea is bad.

And if you are 14, you should remember that sometimes economic conservatism can give you a job that you can learn from and be proud of and that can give you the skills you need to make money later in life. Wanting that job doesn’t make you a Democrat or a Republican.

It makes you the one kid in your class who has money in their pocket.

Dylanger McKissen is an eighth grader at Meridian Middle School. He will be the ninth grade associated student body vice president for the incoming class of 2024 at Meridian High School. He is involved in track and field and basketball and has many personal interests, including U.S history, politics, economics and astronomy.

Andy and Erin Vitaljic want to feed Whatcom County and beyond